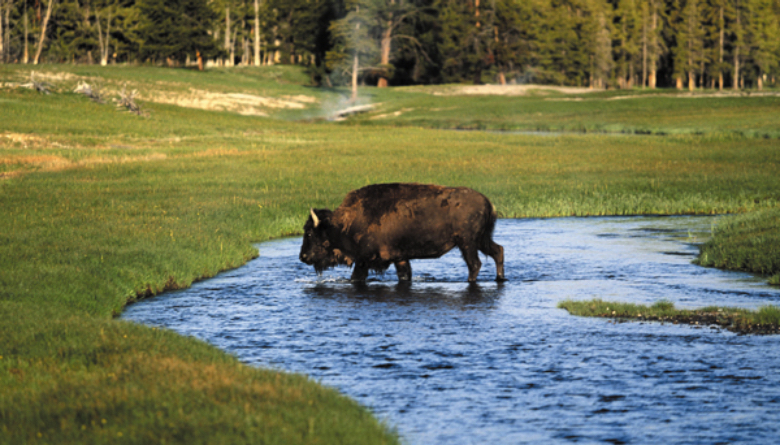 Living Icons of our American Heritage!

In keeping with the company’s passion for preserving the spirit of the American West, Original Log Cabin Homes purchased a small herd of American Buffalo (or bison) and adopted the animal as the company’s living symbol.

Over the years, the herd has grown to over 100 head and the company has established a breeding facility to perpetuate the species and preserve this great American icon.

Bison once roamed the plains of the West in plentiful herds, but neared extinction in the late 1800s. The number of bison alive at the turn of the century was estimated to be less than 1,000 animals.

Thanks to generous supporters and companies like Original Log Cabin Homes, the bison is making a successful comeback. There are now more than 200,000 bison in public and private herds in the U.S. and Canada. 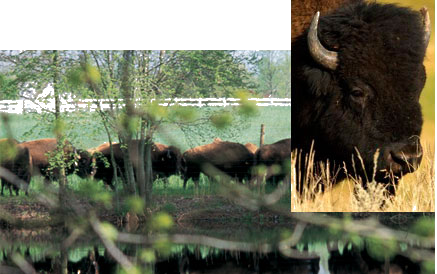 The National Wildlife Federation® (NWF) announces that the property of Log Cabin Homes Ltd located in Nashville, NC is now recognized as an official Certified Wildlife Habitat site. The property attracts a variety of birds, butterflies, deer, fox, beaver, raccoon, geese, duck & other waterfowl, egret, crane and other wildlife, while helping to protect the local environment. It’s well rounded atmosphere provides source of food & water, Nesting and bedding grounds, foilage and dense tree cover. In the center of this property there are two bodies of water that are duly called by the locals as “Twin Lakes.”

The company has a passion for preserving the spirit of the American West, which is why this property is also home to the company’s herd of American Buffalo, adopted as the company’s living symbol. The herd has grown over the years to over 100 head. To perpetuate the species and further preserve this great American icon, the company has also established a breeding facility.

Plentiful herds of bison once roamed the plains of the West, but in the late 1800’s, they neared extinction. At the turn of the century, the number of living bison was estimated to be less than 1,000. The bison is making a successful comeback, thanks to supporters such as The Original Log Cabin Homes! Today, there are more than 200,000 bison in U.S. and Canada in public and private herds.

Through the work of The Original Log Cabin Homes and their dedication to the American Bison and to this Wildlife Habitat, the Bison and many other species inhabit this refuge without interference!